On the network front, the new season kicks off the week of September 19 with the premiere of 3 new series (Monarch, Quantum Leap & The North Water) and the return of over 30 fan favourites.  Also, Dynasty concludes its run after 5 seasons.  On the reality and game show front, America’s Got Talent, Celebrity Family Feud, Don’t Forget The Lyrics, Generation Gap, Masterchef, Password, Press Your Luck, Race Against the Tide, The Amazing Race Canada, The Bachelorette, The Challenge USA & The Final Straw conclude their current season while The Amazing Race, Dancing with the Stars, Lego Masters and Survivor return with an all-new season.

Other highlights include the premiere of new documentaries: Summit ’72, which tells the definitive story of the legendary 1972 Canada-USSR Summit Series of Hockey and Menudo: Forever Young, which looks at the rise and fall of 80’s boy band Menudo.

MONARCH – SERIES PREMIERE (FOX @ 8pm ET)
Reigning King of Country Music Albie Roman, along with his insanely talented — and tough as nails — wife, Queen of Country Music Dottie Cantrell Roman, have created a country music dynasty, but even though the Roman name is synonymous with authenticity, the very foundation of their success is a lie. When their reign as country royalty is put in jeopardy, heir to the crown Nicolette “Nicky” Roman will stop at nothing to protect her family’s legacy, while ensuring her own quest for stardom, alongside her brother Luke and sister Gigi.

THE RESORT – SERIES PREMIERE (Showcase @ 9pm ET)
A multi-generational, coming-of-age love story disguised as a fast-paced mystery about the disappointment of time. An anniversary trip puts a marriage to the test when the couple finds themselves embroiled in one of the Yucatan’s most bizarre unsolved mysteries that took place fifteen years prior.

GOOD BONES: RISKY BUSINESS – SERIES PREMIERE (HGTV Canada @ 9pm ET)
Mina Starsiak Hawk takes on the biggest and riskiest renovation of her career as she transforms an 1800s Victorian home in Fountain Square into a bed and breakfast and event center that can be a legacy for her business, her children and the community. 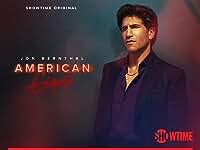 AMERICAN GIGOLO – SERIES PREMIERE (Crave 1 @ 9pm ET)
American Gigolo, a present-day re-imagining of the iconic 1980 film, follows Julian Kaye (Jon Bernthal) after his wrongful conviction release from 15 years in prison as he navigates his complicated relationships with his former lover Michelle (Gretchen Mol), his troubled mother, and the people who betrayed him.

74th Emmy Awards – 3hr Special (CTV and NBC @ 8pm ET)
Live from the Microsoft Theater in Los Angeles, Kenan Thompson of “Saturday Night Live” hosts television’s biggest and most glamorous night as the stars come out to honor the year’s greatest achievements on the small screen. 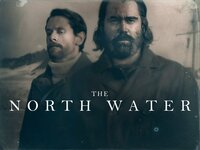 THE NORTH WATER – SERIES PREMIERE (CBC @ 9pm ET)
A disgraced ex-army surgeon signs up as ship’s doctor on a whaling expedition to the Arctic; on board he meets a harpooner, a brutish killer whose amorality has been shaped to fit the harshness of his world 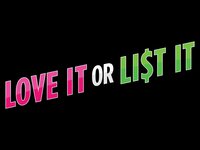 LOVE IT OR LIST IT – SERIES PREMIERE (HGTV Canada @ 10pm ET)
Interior designer Hilary Farr and real estate agent David Visentin compete for the affections of fed-up homeowners looking to either renovate or sell, as Farr transforms their worn-out space into a welcoming one while Visentin works to find them a new home. At the end of each hourlong episode, the homeowners decide if the changes designed by Farr are enough for them to stay in their current home, or if the new property Visentin has found better suits their needs. So whether they love it or list it, the homeowners come out on top.

TOM SWIFT – SERIES PREMIERE (Showcase @ 8pm ET)
As an exceptionally brilliant inventor with unlimited resources and unimaginable wealth, the devilishly charming Tom Swift is a man whom many men would kill to be, or be with — a man with the world in the palm of his hand. That world gets shaken to its core after the shocking disappearance of his father, thrusting Tom into an adventure full of mysterious conspiracies and unexplained phenomena.

MONARCH – SERIES PREMIERE (Global @ 9pm ET)
Reigning King of Country Music Albie Roman, along with his insanely talented — and tough as nails — wife, Queen of Country Music Dottie Cantrell Roman, have created a country music dynasty, but even though the Roman name is synonymous with authenticity, the very foundation of their success is a lie. When their reign as country royalty is put in jeopardy, heir to the crown Nicolette “Nicky” Roman will stop at nothing to protect her family’s legacy, while ensuring her own quest for stardom, alongside her brother Luke and sister Gigi.

THE LIGHT IN THE HALL – SERIES PREMIERE (Sundance Now)
The parole of a convicted murderer forces the victim’s community to readdress the past.

MENUDO: FOREVER YOUNG – DOCUMENTARY PREMIERE (Crave 1 @ 9pm ET) *4-Part Docu-series*
A deep dive into the rise and fall of the boy band Menudo, including allegations against its manager Edgardo Diaz.

SANTO – SERIES PREMIERE (Netflix)
Two cops on opposite sides of the Atlantic engage in a desperate hunt for a vicious international drug dealer whose face has never been revealed.

GIRL IN ROOM 13 – MOVIE PREMIERE (Lifetime Canada @ 8pm ET) *Anne Heche’s Final Role*
A drug dealer holds young Grace captive in a hotel room so he can abuse her and sell her into human trafficking. Meanwhile, Grace’s mother uncovers the shocking truth about trafficking as she stops at nothing to find her beloved daughter.

REBOOT – SERIES PREMIERE (Disney+ Canada)
Reboot is about the dysfunctional cast of an early 2000’s hit sitcom, Step Right Up, who must face their unresolved issues and navigate social media cancel culture when a young writer pitches a reboot of their show. 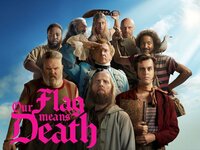 OUR FLAG MEANS DEATH – SERIES PREMIERE (Much @ 10pm ET)
Stede Bonnet, a pampered aristocrat, abandons his life of privilege to become a pirate in the early 18th century

ANDOR – SERIES PREMIERE (Disney+)
Beginning five years before the events of the film Rogue One (2016), the series follows an ensemble cast of characters during the time that a Rebel Alliance is forming in opposition to the Galactic Empire. One of these characters is Cassian Andor, a thief who becomes a revolutionary and eventually joins the Rebellion