The next 2 weeks see the premiere of 7 new series, the return of City on a Hill, Industry, Locke & Key, Never Have I Ever, Resident Alien, Rutherford Falls & The Outlaws and the series finale of Blackbird and Tom Swift. New series premiering in the next two weeks include Amazon Prime Video’s new sports comedy-drama A League of Their Own, Apple TV+’s new limited series medical drama Five Days at Memorial, FX on Hulu’s new drama The Bear (airing on Disney+ Canada), Hulu’s new comedy Maggie (airing on Disney+ Canada), Paramount+’s Mike Judge’s Beevis and Butt-Head, a revival of the classic adult animated series and The Sandman, a new fantasy drama from Netflix. In addition, Becoming Elizabeth, For All Mankind, Loot, Moonhaven, Physical, Riverdale and The Snoopy Show conclude their current season.

Other highlights include the Canadian premiere of Lego Masters Australia and the premiere of new Netflix docuseries Clusterf**k: Woodstock ’99, that looks back at the ’90s most infamous music festival that promised to celebrate the legacy of the 1969 event but instead ended in chaos with fires, riots and allegations of sexual assault.  Also, Password, an NBC revival of the classic game show premieres August 9.

NAKED AND AFRAID XL: FROZEN – SERIES PREMIERE (National Geographic Canada @ 8pm ET)
In the Rocky Mountains, sub-freezing temperatures, hypothermia and frostbite are only a few of the dangers at hand as 12 of “Naked and Afraid’s” most popular and experienced all-stars take on 14 days and nights in the frozen, ice-covered wilderness.

SHARK ACADEMY – SERIES PREMIERE (Discovery Channel Canada @ 9pm ET)
Renowned shark expert Dr. Riley Elliott and his crack team of instructors attempt to find a master of apex predators, but there’s only room for one more. An intense six-week course tests the skills of eight men and women, not only proving what it takes to secure a coveted position on the team, but giving them all an opportunity of a lifetime as shark enthusiasts to leap ahead in the competitive world of shark research. While battling it out, rookies face many challenges as well as many close shark encounters.

The Bear – SERIES PREMIERE (Disney+ Canada)
The Bear follows Carmen “Carmy” Berzatto (Jeremy Allen White), a young chef from the fine dining world, who comes home to Chicago to run his family sandwich shop – The Original Beef of Chicagoland – after a heartbreaking death in his family. A world away from what he’s used to, Carmy must balance the soul-crushing realities of small business ownership, his strong-willed and recalcitrant kitchen staff and his strained familial relationships, all while grappling with the impact of his brother’s suicide.

TRAINWRECK: WOODSTOCK ’99 – DOCUSERIES PREMIERE (Netflix)
Woodstock 1969 promised peace and music, but its ’99 revival delivered days of rage, riots and real harm. Why did it go so horribly wrong?

MIKE JUDGE’S BEAVIS AND BUTT-HEAD – SERIES PREMIERE (Paramount+)
Beavis and Butt-Head are back and stupider than ever.

THE SANDMAN – SERIES PREMIERE (Netflix)
After years of imprisonment, Morpheus — the King of Dreams — embarks on a journey across worlds to find what was stolen from him and restore his power.

A CUT ABOVE – SERIES PREMIERE (Discovery Channel Canada @ 10pm ET)
Homegrown and international chainsaw-wielding carvers competing for a cash prize and the title of “A Cut Above.”

PASSWORD – SERIES PREMIERE (CTV and NBC @ 10pm ET)
Starring Jimmy Fallon and hosted by Keke Palmer, the iconic word-guessing game features celebrities teaming up with everyday contestants. These teams play a modern and refreshed version of the game that’s inspired by classic Password, Password Plus, Super Password and the viral celebrity Password games seen on “The Tonight Show Starring Jimmy Fallon.” Players compete over three rounds of gameplay, taking turns trying to get their partner to guess the password using one-word clues. The team with the most points after two rounds heads to the bonus round, where they have 60 seconds to get the celebrity guests to correctly guess 10 passwords for a chance to win as much as $25,000.

MAGGIE – SERIES PREMIERE (Disney+ Canada)
Dating is hard enough – it’s even harder when you also happen to be a psychic. Maggie’s gift allows her to see into the future of her friends, parents, clients and random people on the street. But when she begins to see glimpses of her own destiny after meeting an unexpected stranger, her romantic life suddenly gets a lot more complicated. Can you let yourself fall in love when you think you know how it ends? 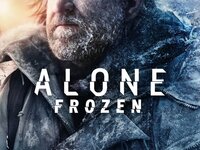 ALONE: FROZEN – SERIES PREMIERE (History Canada @ 9pm ET)
“Alone” veterans must use their skills, experience and 10 items to survive 50 brutal days along the frigid and windswept coast of Labrador, Canada. 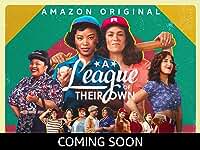 A LEAGUE OF THEIR OWN – SERIES PREMIERE (Amazon Prime Video)
In 1943, Carson Shaw travels to Chicago to try out for the All-American Girls Professional Baseball League. There, she meets other women who also dream of playing pro baseball and makes connections that open up her world. Rockford local Max Chapman also comes to the tryouts but is turned away. With the support of her best friend Clance, she must forge a new path to pursue…

Based on actual events from Hurricane Katrina. When the floodwaters rose, power failed, and heat soared, exhausted caregivers at a New Orleans hospital were forced to make profound, heart-wrenching decisions.

Never Have I Ever – SEASON 3 PREMIERE (Netflix)