The latter half of July sees less new & returning shows due to the start of the 2020 Summer Olympics on July 23.  As such, the next 2 weeks see the premiere of only 4 new series, the series finale of Good Girls and the return of How To sell Drugs Online (Fast), Roswell, New Mexico and Ted Lasso.  New series premiering in the next two weeks include Disney+’s new animated comedy Chip n’ Dale: Park Life and new drama Turner & Hooch, Netflix’s new animated action series Masters of the Universe: Revelation and Power Book III: Raising Kanan, the second spin-off from Starz hit original series Power.  In addition, All American, High School Musical: The Musical: The Series, Kung Fu and The Flash conclude their current season.

Other highlights include the premiere of HBO’s new music documentary series Music Box, with the first episode devoted to Woodstock ’99, the ill-fated 3-day music festival promoted to echo unity and counterculture idealism of the original 1969 concert but instead devolved into riots, looting and sexual assaults.  On the reality front, Food Network competition series Buddy vs. Duff returns with an all-new season and FOX’s new reality series Crime Scene Kitchen concludes its inaugural season.  Also, the 2020 Summer Olympics commence on July 23 with the Opening ceremonies which air live @ 6am ET on CBC and 6:55am ET on NBC with an encore airing in prime time on both networks. 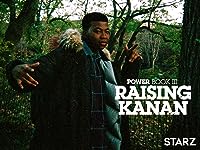 All American – SEASON 3 FINALE (Showcase and The CW @ 8pm ET)

TURNER & HOOCH – SERIES PREMIERE (Disney+)
U.S. Marshall Scott Turner inherits an unruly dog named Hooch, who may become the partner he needs. Together, the partnership, alongside the rest of the Turner family discover that his father’s death may not have been accidental.

MASTERS OF THE UNIVERSE: REVELATION – SERIES PREMIERE (Netflix)
After a calamitous battle fractures Eternia, Teela and an unlikely alliance must prevent the end of the Universe in this sequel to the ’80s classic.

Movies That Made Us – SEASON 2 PREMIERE (Netflix)