Other highlights include the premiere of several new documentaries- Lennox Lewis: The Untold Story, an inside look at the career of the Canadian raised professional boxer; Fake Famous, which explores the industry of social media influencers and The Lady and The Dale, tells the story of Elizabeth Carmichael, who rose to fame with her creation ‘The Dale‘, a fuel-efficient vehicle released during the 1970’s gas crisis.   Also, The Weakest Link concludes its current season, Tough as Nails returns with an all-new season and Super Bowl LV airs February 7 @ 6:30pm ET. 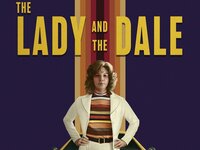 THE LADY AND THE DALE – DOCUMENTARY PREMIERE (HBO Canada @ 9pm ET)
The story of Elizabeth Carmichael, who released a fuel-efficient vehicle during the 1970s gas crisis; as she wins over major car makers and investors, a web of mystery unfolds regarding the car’s technology and Carmichael’s surprising past.

LENNOX LEWIS: THE UNTOLD STORY – DOCUMENTARY PREMIERE (Crave 1 @ 9pm ET)  **Crave Original**
An inside look at the career of the Canadian raised professional boxer, Lennox Lewis, from his rough upbringing to the Olympics and the professional ranks where he established himself as one of the greats in the history of the sport. 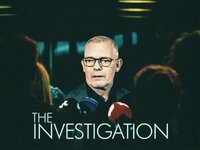 THE INVESTIGATION – LIMITED SERIES PREMIERE (HBO Canada @ 10:05pm ET)
Six-part Scandinavian limited drama series THE INVESTIGATION, is based on the real-life investigation into the 2017 murder of young Swedish journalist Kim Wall, which made headlines around the world as “the submarine case.” The drama follows the team of investigators and divers who worked tirelessly for six months in the face of seemingly insurmountable obstacles to gather evidence and bring justice for Wall’s family. 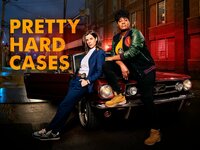 PRETTY HARD CASES – SERIES PREMIERE (CBC @ 9pm ET)
Pretty Hard Cases follows Guns and Gangs detective Samantha Wazowski (Meredith MacNeill) and Narcotics detective Kelly Duff (Adrienne C. Moore), who by day are true action heroes. But by night, they’re both grappling with loneliness, dysfunctional families and screwed-up love lives. Their friendship could help to balance each other out, if only they didn’t drive one another utterly insane.

The Snoopy Show – SERIES PREMIERE (Apple TV+)
The world’s most iconic dog is ready for his close-up. Dive into new adventures with the happy-dancing, high-flying, big-dreaming beagle, who’s joined by best friend Woodstock and rest of the Peanuts gang.

THE EQUALIZER – SERIES PREMIERE (Global and CBS @ 10pm ET)
Robyn McCall, an enigmatic woman with a mysterious background, uses her extensive skills to help those with nowhere else to turn. McCall comes across to most as an average single mom who is quietly raising her teenage daughter. But to a trusted few, she is “The Equalizer” — an anonymous guardian angel and defender of the downtrodden, who’s also dogged in her pursuit of personal redemption.

CAPITANI – SERIES PREMIERE (Netflix)
In a Luxembourg village where everyone is keeping secrets, gruff police inspector Luc Capitani investigates the suspicious death of a 15-year-old girl.

CLARICE – SERIES PREMIERE (Global and CBS @ 10pm ET)
“Clarice” offers a deep dive into the untold personal story of FBI Agent Clarice Starling as she returns to the field in 1993, six months after the events of “The Silence of the Lambs.” Brilliant and vulnerable, Clarice’s bravery gives her an inner light that draws monsters and madmen to her. However, her complex psychological makeup that comes from a challenging childhood empowers her to begin to find her voice while working in a man’s world, as well as escape the family secrets that have haunted her throughout her life.