Happy New Year! to everyone and Welcome to the first installment of What’s On? for 2021.

Other highlights include the premiere of several new game shows- Celebrity Wheel of Fortune, The Chase & The Hustler on ABC and Name That Tune on FOX as well as the premiere of new docuseries Marvel Studios: Legends on Disney+ and History of Swear Words on Netflix. Also, fan favourite The Bachelor and game show The Wall return with an all new seasons and the Critics Choice Super Awards air January 10 @ 8pm ET on The CW.

CALL ME KAT – SERIES PREMIERE (CTV and FOX @ 8pm ET)
In an effort to prove to her mother — and society — that it’s possible to be single at 39 and still be happy, Kat spends her entire savings to open a cat café in Louisville, Ky.

FIVE BEDROOMS – SERIES PREMIERE (W Network @ 10pm ET)
Tired of their perpetual single status, five friends at very different stages of their lives make the bold decision to pool their funds and buy a house together. What comes next is a tale of commitment and its consequences, with good measures of love and heartbreak expected as part of such an intricate partnership.

30 COINS – SERIES PREMIERE (HBO Canada @ 9pm ET)
Father Vergara, an exorcist, boxer and ex-convict exiled to a remote town in Spain, enlists the help of the mayor and a veterinarian when a series of paranormal phenomena begins to occur.

THE HUSTLER – SERIES PREMIERE (ABC @ 10pm ET)
Hosted by Craig Ferguson, “The Hustler” breaks the game show mold by featuring one player who secretly already knows the answers. Each episode follows five contestants as they collaborate to answer a series of trivia questions, with the goal of building a collective prize pot that increases with each correct answer. But one of the five contestants, the “hustler,” already knows the answers but must keep everything a secret to have a shot at winning the grand prize.

HISTORY of SWEAR WORDS – DOCUSERIES PREMIERE (Netflix)
Nicolas Cage hosts this proudly profane, funny and engagingly educational series about the history and impact of the most notorious English swear words. 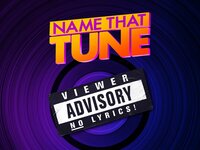 NAME THAT TUNE – SERIES PREMIERE (FOX @ 9pm ET)
Hosted by Jane Krakowski, the beloved musical game show tests contestants’ music knowledge as they battle it out in an assortment of challenging musical games for cash and prizes. Two players race against the clock to test their knowledge of songs performed by a live band with Randy Jackson as band leader.

MR. MAYOR – SERIES PREMIERE (Citytv @ 7pm ET and NBC @ 8pm ET)
When retired Los Angeles businessman Neil Bremer decides to run for mayor of his beloved city, he surprises everyone and wins the seat. With great ideas and commitment to the community, he optimistically sets out to get to work shaking up City Hall. However, he quickly discovers navigating politics is not business as usual.

THE CHASE – SERIES PREMIERE (ABC @ 9pm ET)
A heart-racing quiz show where three competitors face off against the Chaser, a ruthless quiz genius determined to stop them from winning cash prizes. Each episode is a fast-paced battle of brainpower, where contestants are challenged to think faster than they ever thought possible to answer up to 166 questions across all topics.

TWO WEEKS TO LIVE – SERIES PREMIERE (Crave 1 @ 9pm ET)
A young misfit raised in isolation by her mother goes on a mission to honor her father’s memory who died when she was a young girl; now 21-years-old, she is determined to get revenge.

MARVEL STUDIOS: LEGENDS – SERIES PREMIERE (Disney+)
Marvel Studios: Legends celebrates and codifies what has come before. Revisit the epic heroes, villains and moments from across the MCU in preparation for the highly anticipated stories still to come. Each dynamic segment feeds directly into the upcoming series premiering on Disney+ — setting the stage for future events.

TIGER – DOCUMENTARY PREMIERE (HBO Canada @ 9pm ET)
Tiger Woods’ dedication and obsession with the game of golf takes him not only to the heights of international fame and success, but down a spiraling road of darkness and finally redemption.

NO MAN’S LAND – SERIES PREMIERE (Starz Canada @ 10pm ET)
A family grieves the death of their daughter in a suicide bombing. Meanwhile, her brother suspects she is still alive after glimpsing her in a news report and sets off to find her in the Middle East.

NIGHT STALKER: THE HUNT FOR A SERIAL KILLER – DOCUMENTARY PREMIERE (Netflix)
Beneath the sunlit glamour of 1985 LA lurks a relentlessly evil serial killer. In this true-crime story, two detectives won’t rest until they catch him.

CALL YOUR MOTHER – SERIES PREMIERE (ABC @ 9:30pm ET)
When an empty nester starts wondering how she ended up alone while her children live their best lives thousands of miles away, she decides her place is with her family and reinserts herself into their lives.

CALL YOUR MOTHER – SERIES PREMIERE (Global @ 8pm ET)
When an empty nester starts wondering how she ended up alone while her children live their best lives thousands of miles away, she decides her place is with her family and reinserts herself into their lives.

WANDAVISION – SERIES PREMIERE (Disney+)
Wanda Maximoff (Elizabeth Olsen) and Vision (Paul Bettany) – two super-powered beings living their ideal suburban lives – begin to suspect that everything is not as it seems.

ANYONE’S GAME – DOCUSERIES PREMIERE (CBC @ 8:30pm ET)
Anyone’s Game takes viewers into the competitive, high-pressure world of basketball’s most successful preparatory program. As the freshmen seek out their place on the team for the next four years, the seniors know this is their last year to secure scholarships to Division 1 NCAA colleges, a further step towards realizing their dreams of playing in the NBA.