The next 2 weeks see the premiere of 4 new series, the return of Good Girls, New Amsterdam, Paradise PD, The Flash, The Walking Dead, Tooning Out the News and Wynonna Earp as well as the series finale of Vikings.  New series premiering in the next two weeks include HBO Max’s new drama Genera+ion, Netflix’s new Sci-fi Thriller The One, Peacock’s new reboot of 80s sitcom Punky Brewster and NBC’s new sci-fi drama Debris.  In addition, Wandavision concludes its current season.

Other highlights include the premiere of new reality series Game of Talents and award season kicks off with the 78th Annual Golden Globe Awards (airing February 28 @ 8pm ET) and the 26th Annual Critics Choice Awards (airing March 7 @ 7pm ET).  On the reality front, The Masked Singer and The Voice return with all-new seasons  Also, Celebrity Family Feud, Name that Tune, The Chase and The Con conclude their inaugural season. 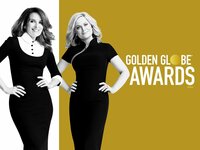 78th Annual Golden Globe Awards – Award Show (CTV and NBC @ 8pm ET)
Amy Poehler and Tina Fey reunite for the fourth time as hosts of the awards ceremony that honors people for their achievements in both film and television. This marks the first-ever bicoastal Golden Globes, as Poehler hosts from the ceremony’s usual stage at the Beverly Hilton in Beverly Hills, Calif., and Fey broadcasts live from the Rainbow Room at the top of Rockefeller Center in New York.

DEBRIS – SERIES PREMIERE (NBC @ 10pm ET)
The series follows the lives of two agents from two different continents, and two different mindsets, who must work together as a team when wreckage from a destroyed alien spacecraft has mysterious effects on humankind.  Starring Riann Steele as British agent Finola Jones and Jonathan Tucker as American agent Bryan Beneventi.

PUNKY BREWSTER – SERIES PREMIERE (W Network @ 8pm ET)
Soleil Moon Frye reprises her iconic role as in this continuation of the beloved 1980s sitcom about an abandoned young girl raised by a foster parent. Now all grown up, Punky is barely keeping it together as a newly single mom raising three kids when she decides to take in Izzy (Quinn Copeland), a kindred spirit from the foster system who just might be able to help Punky rediscover her old self. Cherie Johnson also reprises her role from the original series and Freddie Prinze Jr. stars as Punky’s ex-husband. 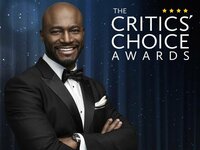 Oprah with Meghan and Harry – 90-minute Special (Global and ABC @ 8pm ET)
Oprah Winfrey sits down with Prince Harry and Meghan, The Duke and Duchess of Sussex, for an intimate conversation.

GAME OF TALENTS – SERIES PREMIERE (FOX @ 9pm ET)
An all-new unscripted variety show in which contestants must guess the performers’ hidden talent, based only on their first impressions and a few wily clues.  Hosted by Wayne Brady.

THE ONE – SERIES PREMIERE (Netflix)

Love — and lies — spiral when a DNA researcher helps discover a way to find the perfect partner, and creates a bold new matchmaking service.