The next 2 weeks see the premiere of 9 new series, the return of For All Mankind, Good Trouble, Queen Sugar, Snowfall, When Calls The Heart and Workin’ Moms as well as the series finale of limited series The Lady and the Dale and Your Honor.  New series premiering in the next two weeks include Amazon Prime Video’s new drama  Tell Me Your Secrets, Netflix’s new originals Behind Her Eyes  and The Crew, FOX’s new animated series The Great North, The CW’s new superhero drama Superman & Lois and 2 new comedies from NBC- Kenan and Young Rock.  In addition, 30 Coins, Bulletproof, Dickinson, Five Bedrooms, For Life and Losing Alice conclude their current seasons.

Other highlights include the premiere of new game show Cherries Wild and new documentary Allen v Farrow, that goes behind the years of sensational headlines to reveal the private story of one Hollywood’s most notorious and public scandals: the accusation of sexual abuse against Woody Allen involving Dylan, his then 7-year-old daughter with Mia Farrow; their subsequent custody trial, , the revelation of Allen’s relationship with Farrow’s daughter, Soon-Yi; and the controversial aftermath in the years that followed.  On the reality front, the following series return with all-new seasons- American Idol, Master Chef Canada and The Great Canadian Baking Show.  Also, The Masked Dancer concludes its inaugural season.

CHERRIES WILD – SERIES PREMIERE (FOX @ 7pm ET)
This all-new, first-of-its-kind, high-stakes and fast-paced half-hour game show features two rounds of pop culture trivia gameplay during which a team of two contestants tries to “solve the slots” in the hope of getting one step closer to winning the $250,000 jackpot.  Hosted by Jason Biggs.

THE GREAT NORTH – SERIES PREMIERE (FOX @ 8:30pm ET)
Following the Alaskan adventures of the Tobin family, as a single dad, Beef, does his best to keep his weird bunch of kids close — especially his only daughter, Judy, whose artistic dreams lead her away from the family fishing boat and into the glamorous world of the local mall. Rounding out the family are Judy’s older brother, Wolf, and his fiancé, Honeybee, her middle brother, Ham, and 10-year-old-going-on-50 little brother, Moon.

THE CREW – SERIES PREMIERE (Netflix)
Life in the garage swerves off track for a NASCAR crew chief and his tight-knit racing team when a new boss steps in and shakes things up.

YOUNG ROCK – SERIES PREMIERE (Citytv and NBC @ 8pm ET)
As Dwayne Johnson runs for president in 2032, he takes a comedic look back at his extraordinary life through the outrageous stories of his family and youth that shaped him into the man he is today. He explores his childhood years living amid influential wrestling icons while his dad rose to fame in the business, his rebellious teenage years attending high school in Pennsylvania, and his football years teamed up with powerhouse players at the University of Miami.

KENAN – SERIES PREMIERE (Citytv and NBC @ 8:30pm ET)
Kenan’s a local Atlanta TV personality and single father working hard to balance his career as the host of “Wake Up With Kenan,” a popular morning show, with raising his two spirited school-age daughters.

BEHIND HER EYES – SERIES PREMIERE (Netflix)
A single mother enters a world of twisted mind games when she begins an affair with her psychiatrist boss while secretly befriending his mysterious wife. 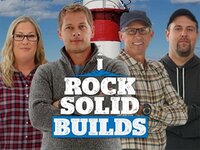 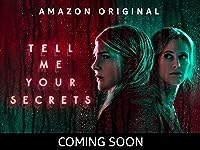 TELL ME YOUR SECRETS – SERIES PREMIERE (Amazon Prime Video)
Tell Me Your Secrets is a complex thriller revolving around three characters, each with troubling pasts clouding their intersecting motives: Emma (Lily Rabe) is a young woman who once loved a dangerous killer, John (Hamish Linklater) is a former serial predator desperate for redemption, and a grieving mother Mary (Amy Brenneman) who is obsessed with finding her missing daughter. 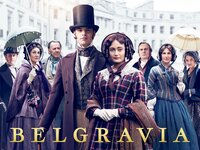 BELGRAVIA – SERIES PREMIERE (CBC @ 9pm ET)
The story of secrets and scandals amongst the upper echelon of London society in the 19th century.

ALLEN V. FARROW – DOCUMENTARY PREMIERE (HBO Canada @ 9pm ET)
A four-part documentary series that goes behind the years of sensational headlines to reveal the private story of one Hollywood’s most notorious and public scandals: the accusation of sexual abuse against Woody Allen involving Dylan, his then 7-year-old daughter with Mia Farrow; their subsequent custody trial, the revelation of Allen’s relationship with Farrow’s daughter, Soon-Yi; and the controversial aftermath in the years that followed.

BEARTOWN – SERIES PREMIERE (HBO Canada @ 9pm ET)
A community in Sweden places its dreams of revitalization on the teenage shoulders of its junior ice hockey team; the team finally has a shot at securing a national title until a violent act threatens to destroy Beartown entirely.

SUPERMAN & LOIS – SERIES PREMIERE (The CW @ 8pm ET and CTV Sci-Fi Channel @ 9pm ET) **90-minute Premiere**
The series follows the Man of Steel himself, Clark Kent (Tyler Hoechlin), and famous journalist, Lois Lane (Elizabeth Tulloch), as they head back to Smallville to face their greatest challenge yet – raising their family.

ASSEMBLY REQUIRED – SERIES PREMIERE (History Canada @ 10pm ET)
Assembly Required spotlights the best and brightest builders from across the country, at their home workshops, as they compete to breathe new life into everyday household items in desperate need of fixing.  In each episode, hosts Tim Allen and Richard Karn will also dive into the unique history around these items to celebrate the men and women who crafted them, and the techniques used.