The next 2 weeks see the premiere of 8 new series, the return of Queen of the South as well as the series finale of Shameless.  New series premiering in the next two weeks include Amazon Prime Video’s new comedy Frank of Ireland, Netflix’s new sitcom Dad Stop Embarrassing Me! and new fantasy series Shadow and Bone; Disney+’s new comedy Big Shot, HBO’s new sci-fi drama The Nevers and new limited series Mare of Easttown and ABC Sparks’s new teen drama Cruel Summer.   In addition, For All Mankind, Snowfall, The Falcon and Winter Soldier and Workin’ Moms conclude their current season.

Other highlights include the premiere of Wahl Street, a docu-series that gives viewers a look into the life of star Mark Wahlberg as well as the premiere of Wipeout, a reboot of the 2008 obstacle course game show.  Award season continues with the 56th Annual Academy of Country Music Awards (airing April 18 @ 8pm ET).  On the reality front, Hell’s Kitchen and Tough as Nails conclude their current season while Food Network competition series Guy’s Grocery Games and Top Chef Canada return with an all-new seasons.

THE NEVERS – SERIES PREMIERE (HBO Canada @ 9pm ET)
Victorian women find themselves with unusual abilities, relentless enemies and a mission that may change the world.

DAD STOP EMBARRASSING ME! – SERIES PREMIERE (Netflix)
A single dad and cosmetics brand owner figures out fatherhood on the fly when his strong-minded teen daughter moves in with him. 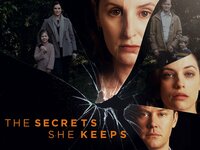 THE SECRETS SHE KEEPS – SERIES PREMIERE (CBC @ 8pm ET)
Two women from different walks of life have explosive secrets in common and fight to conceal the truth as their worlds are poised to collide. 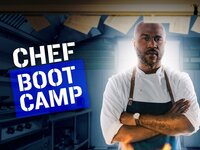 CHEF BOOT CAMP – SERIES PREMIERE (Food Network Canada @ 9pm ET)
Three struggling chefs embark on a three-day boot camp with Cliff Crooks who will assess their skills in the kitchen and their areas for improvement; he gets a firsthand look and taste of one of their signature dishes.

WIPEOUT – SERIES PREMIERE (CTV Comedy Channel @ 10pm ET)
Contestants try to navigate an extreme obstacle course that has been designed to provoke an unprecedented number of crashes, face plants and wipeouts, with one competitor taking home a $50,000 prize each week. 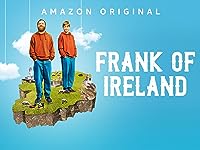 FRANK OF IRELAND – SERIES PREMIERE (Amazon Prime Video)
Frank is a 33-year-old catastrophe; a misanthropic fantasist in arrested development who’s convinced that the world owes him. He’s also our hero. He has a tenuous hold on reality, a single room in his mother’s home, an ex he can’t get over and a loyal best friend, Doofus. This is the hilarious story of a man’s hapless search for respect. We don’t want him to succeed, but it’s fun to watch him try.

BIG SHOT – SERIES PREMIERE (Disney+)
After getting ousted from the NCAA, a hothead men’s basketball coach (John Stamos) must take a job at an all-girls high school.

Biography: “Stone Cold” Steve Austin – Documentary (A&E @ 8pm ET)
The story of one of the biggest WWE stars of the ’90s who made one of the greatest comebacks in WWE history. 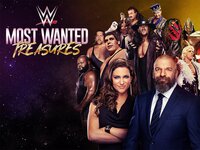 WWE’S MOST WANTED TREASURES – SERIES PREMIERE (A&E @ 10pm ET)
Stephanie McMahon and Paul “Triple H” Levesque lead a team of collectors and wrestling superstars as they investigate, negotiate, bid and travel across the country to hunt down and reclaim some of the most elusive WWE collectibles.

MARE OF EASTTOWN – LIMITED SERIES PREMIERE (HBO Canada @ 10pm ET)
Kate Winslet stars in this series as a small-town detective who investigates a local murder as her own life crumbles around her.

A psychological thriller that follows two young women: Kate Wallis, who goes missing, and Jeanette Turner, who is accused of being connected to her disappearance.

The Falcon and the Winter Soldier – SEASON 1 FINALE (Disney+)

SHADOW AND BONE – SERIES PREMIERE (Netflix)
Dark forces conspire against orphan mapmaker Alina Starkov when she unleashes an extraordinary power that could change the fate of her war-torn world.