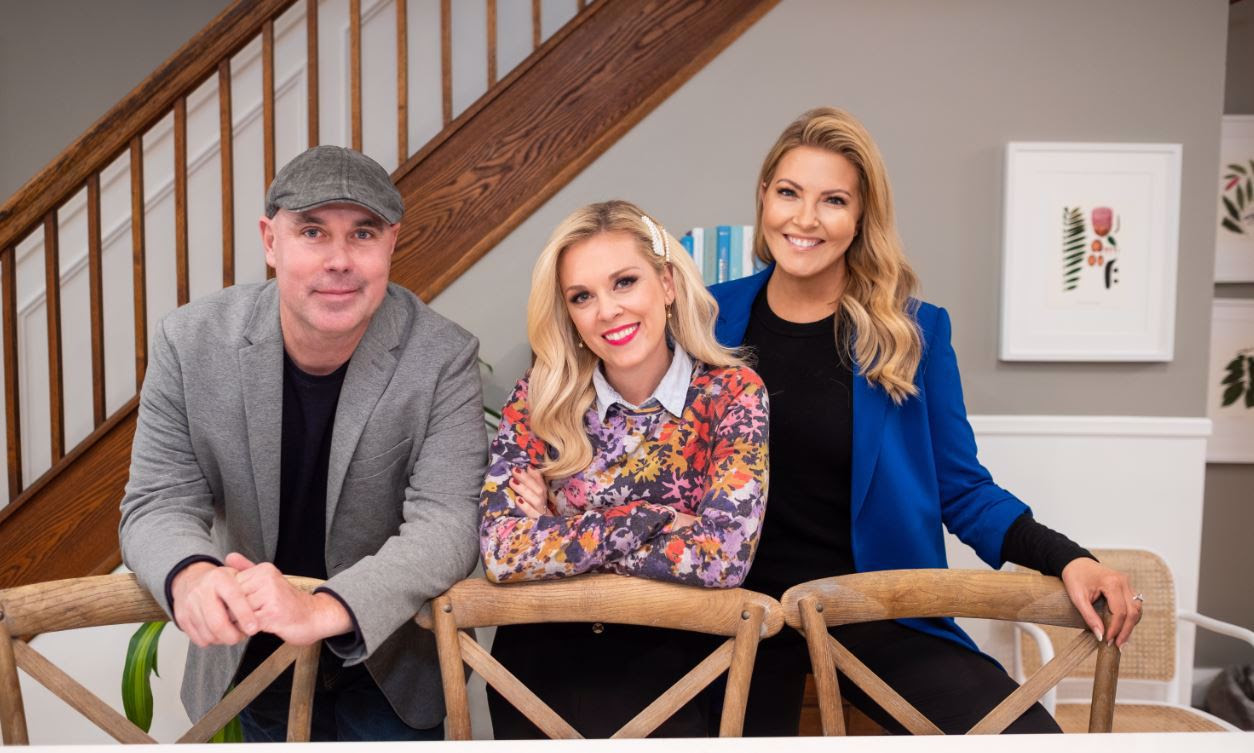 HGTV Canada pays it pays it forward in the heartwarming, emotional new series,  Family Home Overhaul. In each episode, host Cheryl Hickey (ET Canada), introduces a family that has been nominated by their community for always giving back despite any hardships they personally encounter. Together with Cheryl, 14 of HGTV Canada’s top contractors and designers pair up to meet the family, tour their property and learn exactly what is needed to transform this family’s life in their home. With the help of friends and neighbours, the renovations are perfectly customized to reflect each family’s unique needs. When the family returns, they celebrate their stunning newly renovated home surrounded by the community and reno team that made it happen.

In the premiere episode, Kortney and Dave Wilson work with Cheryl Hickey to transform an issue filled house back to its prime for its deserving and fatigued family. Homeowners Sarah and Kevin are the parents of two boys, Landon and Hayden. Twelve-year-old Landon has required round-the-clock care his whole life because of a rare developmental disorder. In spite of this challenging position, Sarah and Kevin are constantly giving to the community around them, including volunteering worldwide to train medical practitioners on the unique needs of child patients and coaching sports for disabled kids and adults. With the focus on Landon, maintenance on their generations-old home has been pushed aside for too long.

My Lottery Dream Home International (2×30)
Canadian Broadcast Premiere
Tuesday, September 1 at 9 and 9:30 p.m. ET/PT
British interior designer Laurence Llewelyn-Bowen joins European lottery winners as they hunt for a dream home. From exotic castles to refurbished cottages, Laurence helps them get their foot in the real estate market across the United Kingdom and Europe.

Michael and Ashley Cordray are on a mission to save centuries-old homes on the island of Galveston, Texas. The home renovation specialists have a passion for preserving the island’s history and won’t let these architectural gems get wiped off the map. Whether the homes are slated for demolition or have been deteriorating for decades, the duo strives to revive the properties by restoring the original wall-to-wall historic charm and adding modern amenities.

Finding the right house to buy is stressful and for some, can take months or even years. However, unexpected relocations and compelling situations force these homebuyers to find the perfect property in an unfamiliar city in just one weekend.

Dreaming of moving to the beach? The world is your oyster. From a hammock-filled rustic retreat on a remote tropical island in Thailand to a luxurious seaside home in Australia that’s steps from the Great Barrier Reef,  Beach Around the World follows house hunters in search of their own perfect slice of paradise.

From the rainforests of Costa Rica to the verdant paradises of Peru, adventurous homebuyers are leaving the hustle and bustle of city life to buy their dream homes in the middle of the jungle.

Help! I Wrecked My House (6×60)
Canadian Broadcast Premiere
Wednesdays at 9 p.m. ET/PT beginning September 30
Help! I Wrecked My House, showcases Jasmine and her team as they help overzealous homeowners fix their do-it-yourself disasters. Each episode follows along as the failed reno project gets a reset and is customized with Jasmine’s signature style, including beautiful and functional design elements tailored to each client.

Build Me Up, Season 2 (6×30) and (1×60)
Canadian Broadcast Premiere
Wednesdays at 9 and 9:30 p.m. beginning September 2
Special 1 hour episode will air on September 16 at 9 p.m.
Interior designer Orlando Soria renovates homes for clients going through a major life change. The second season kicks off with an empty nester looking to revamp to a recent divorcee taking in his mom, watch as Orlando helps the client transition into the next chapter of their lives.

Good Bones, Season 5 (15×60)
Canadian Broadcast Premiere
Wednesdays at 10 p.m. ET/PT beginning September 2
Mother and daughter duo Karen E Laine and Mina Starsiak are setting out to revitalize their hometown of Indianapolis one property at a time. They’re buying up run down homes and transforming them into stunning urban remodels. With Mina’s real estate know-how and Karen’s no-nonsense legal background, these ladies are unstoppable in getting a property they want and enlisting their family’s help with demo and construction. When it comes to exciting new homes in the city of Indianapolis, it all comes down to the ladies of Good Bones.


Love It or List It, Season 9 (12×60)
Canadian Broadcast Premiere
Mondays at 10 p.m. ET/PT beginning September 7
Interior designer Hilary Farr and real estate agent David Visentin compete for the affections of fed-up homeowners looking to either renovate or sell, as Farr transforms their worn-out space into a welcoming one while Visentin works to find them a new home. At the end of each hour-long episode, the homeowners decide if the changes designed by Farr are enough for them to stay in their current home, or if the new property Visentin has found better suits their needs. So whether they love it or list it, the homeowners come out on top.

Windy City Rehab, Season 2 (5×90)
Canadian Broadcast Premiere
Thursdays at 10 p.m. ET/PT beginning September 17
Interior designer Alison Victoria combines upscale design with a passion for her hometown as she buys and restores old homes in Chicago. For these neglected homes in historic neighbourhoods, she works to restore dignity to the homes while adding more square footage, style, and modern twists. But each house has a past, and she never knows what challenges lie hidden beneath the decades of paint and plaster.

Property Brothers: Forever Home (18×60)
Canadian Broadcast Premiere
Mondays at 9 p.m. beginning August 31
Drew and Jonathan Scott are on a mission to turn the ordinary things into the things of dreams. The Scott brothers help families overhaul their hidden gems by unlocking each home’s full potential.

In the upcoming episode, after living in small city condos, comic enthusiasts Adam and Waylon (and their adorable cats) found a spacious suburban home to settle into and start the next chapter of their lives. After the guys had been living for months in the basement, Drew and Jonathan came to the rescue to furnish the home and give it a modern, yet traditional, transformation worthy of a superhero.

Christina on the Coast, Season 2 (6×60)
Canadian Broadcast Premiere
Thursdays at 9 p.m. ET/PT beginning September 3
Flip Or Flop’s Christina El Anstead expanded her design business – pairing up with homeowners whose dated coastal properties need a fresh, new high-end look. In each episode, she’ll transform a client’s home into a showplace. Starting off the new season, a family is anxious to turn their dark, closed-off kitchen into an open concept living space with plenty of upgrades. As a firefighter, he’s all about function while she’s concerned with style and struggles to make decisions.

Home Town, Season 4 (7×60)
Canadian Broadcast Premiere
Sundays at 9 p.m. ET/PT beginning October 25
Erin and Ben Napier love their small Mississippi hometown, especially the old historical houses. Using found materials and old textiles, they’re keeping the character of these classic homes but giving them modern and affordable updates. From Erin’s imaginative hand sketches to Ben’s custom handiwork, this couple is bringing homes back to life and making sure their small town’s future is as bright as its past.