The 2021 Edition of our FALL TV PREVIEW section is Coming Soon!
Home Canadian Channels History Presents The Wild Ones: A Canadian Original Docu-Series Showcasing The Unseen World Of The Majestic Qayus Horses In The Nemiah Valley, B.C.

History Presents The Wild Ones: A Canadian Original Docu-Series Showcasing The Unseen World Of The Majestic Qayus Horses In The Nemiah Valley, B.C.

The Wild Ones (10×60), co-produced by Breakthrough Entertainment and Bonterra Productions, follows an exceptional team of Xeni Gwet’in First Nation cowboys, joined by ex-pat American settler Michael Lares, and horse trainer Mike Hawkridge, in their mission to save the majestic herd of wild Qayus horses in their midst.

In the Nemiah Valley – a pristine wilderness in B.C.’s Cariboo region – roams an elusive and magnificent herd of wild horses known as the Qayus, who have thrived here for centuries. However, climate change, the threat of overpopulation and an increase in natural predators are pitting horse against horse in a bitter fight for survival. The Xeni Gwet’in First Nation help restore and manage the population to sustainable levels by training and relocating some of the Qayus.

Tracking these noble creatures is no easy task. They are among the smartest, strongest, and rarest horses on the planet. Every day is an adventure – the ultimate test of a rider’s skill and determination. It’s a wild ride that demands limitless courage and nerves of steel.
In the series premiere, rookie cowboy Lares makes a costly mistake while Howard brings in one of the Valley’s most legendary horses. Meanwhile, Park Rangers spot an injured filly alone in the woods and Roy works out a unique plan to administer much-needed penicillin to the 600-pound wild Qayus horse. Later, Hawkridge might have bitten off more than he can chew when he begins training a stubborn Palomino.

The Wild Ones is produced with the financial participation of the Canada Media Fund.

Meet the team
The team features the Xeni Gwet’in First Nation Cowboys – Chief Jimmy Lulua, Howard Lulua, Amanda Lulua, Emery Phillips, and Roy Mulvahill, along with Michael Lares and Mike Hawkridge.
Members of the team are all dedicated stewards of wildlife in the Nemiah Valley. They are a hand-picked group that blend traditional knowledge and unrivaled bravery with exceptional horsemanship and a passion for adventure. 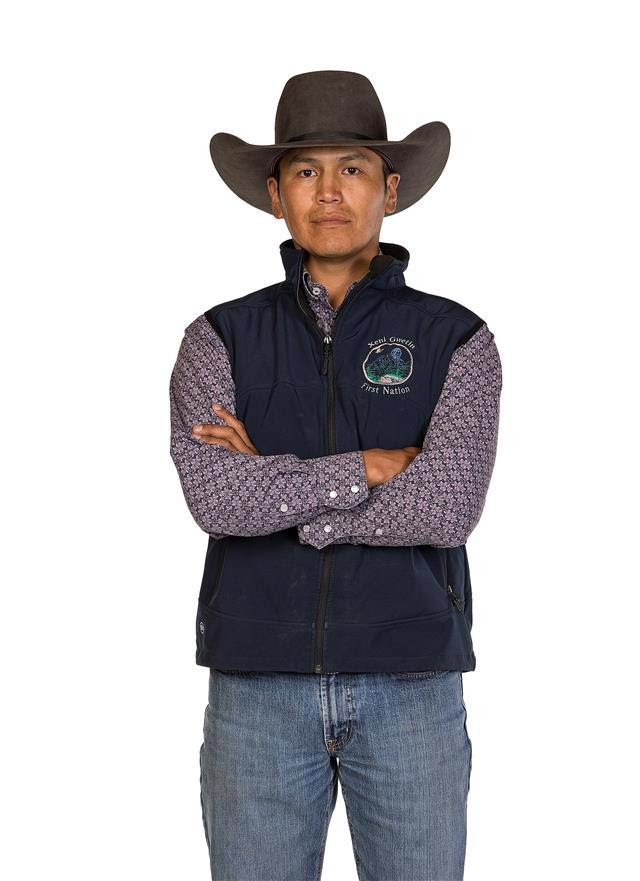 Young and charismatic, Jimmy is the elected chief of the Xeni Gwet’in First Nation – one of the six bands that make up the Tŝilhqot’in National Government. He’s a strong leader dedicated to ensuring that the traditions of the Xeni Gwet’in people survive and thrive. The team plays an important role in his strategy – keeping the Qayus herd strong through time-honoured methods is the best way to protect all life in the Nemiah Valley. Jimmy is also a decorated racer and skilled horseman in his own right, who joins the team whenever his duties as Chief allow. 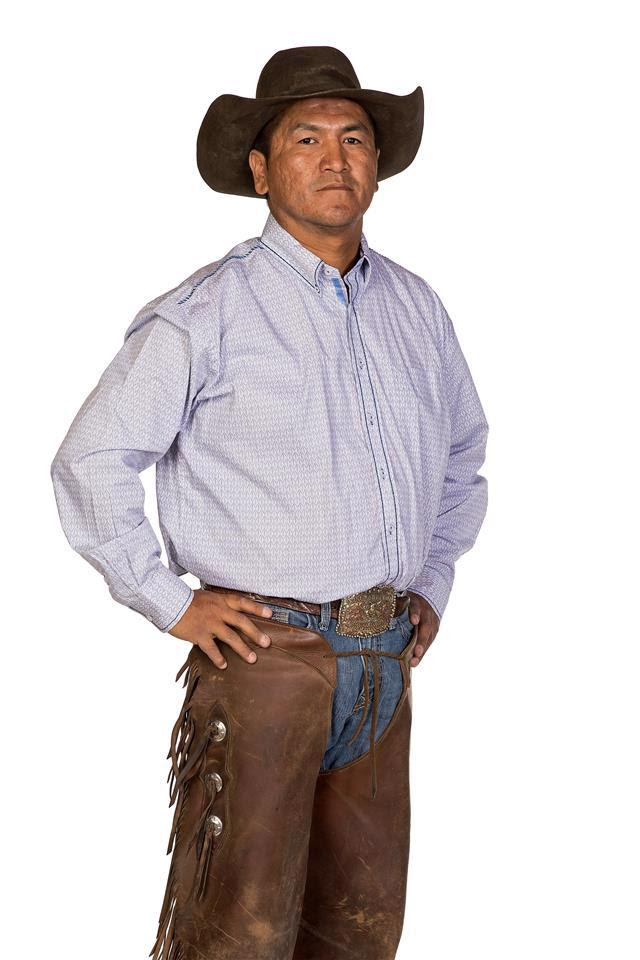 Howard is the older brother of Xeni Gwet’in Chief Jimmy Lulua. Growing up in the Nemiah Valley, Qayus have always been a part of his life and his horsemanship skills are second to none – making him the perfect person to lead the team. Quiet and stoic, Howard will persevere long after others are ready to throw in the towel. Howard is also a Mountain Racer – a time-honoured tradition for the Xeni Gwet’in – and as a past champion, he’s ready for a comeback. 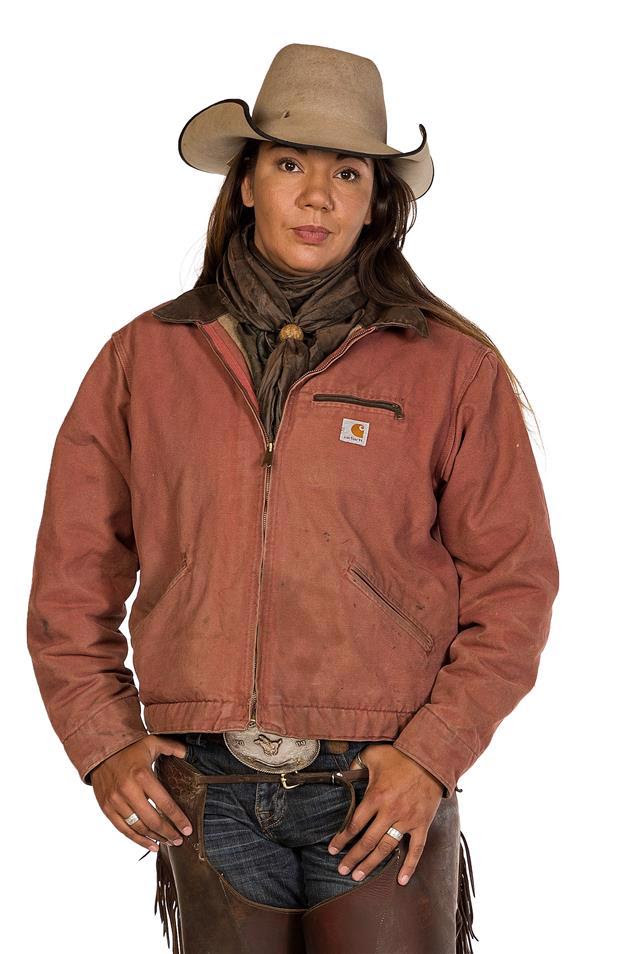 Amanda met Howard at a rodeo 12 years ago and they’ve been inseparable ever since. She’s a competitive racer at the annual stampede and brings those same skills to the team. She loves being able to chase side by side with her husband. Together, they are also raising 8-year-old Jolie, who is an excellent rider in her own right. 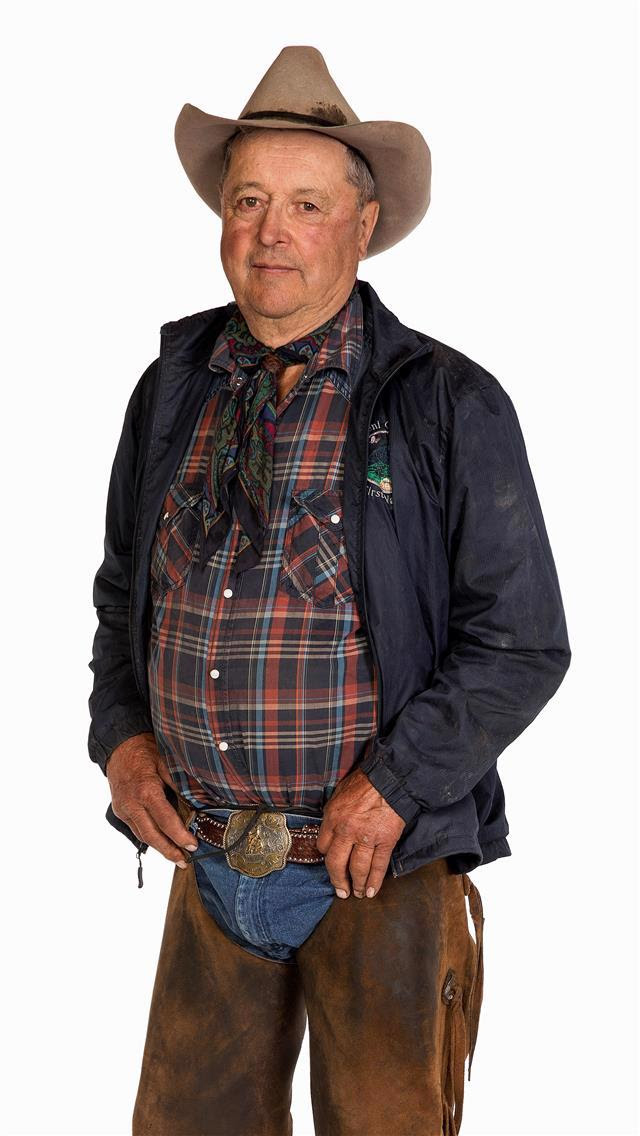 In his late 70’s, Roy is a genuine legend in the Nemiah Valley. He’s run a ranch nearby for decades and truly no one has more experience with these horses than Roy. Howard and Chief Jimmy grew up with Roy – and now they look to him to prepare the next generation of trainers. 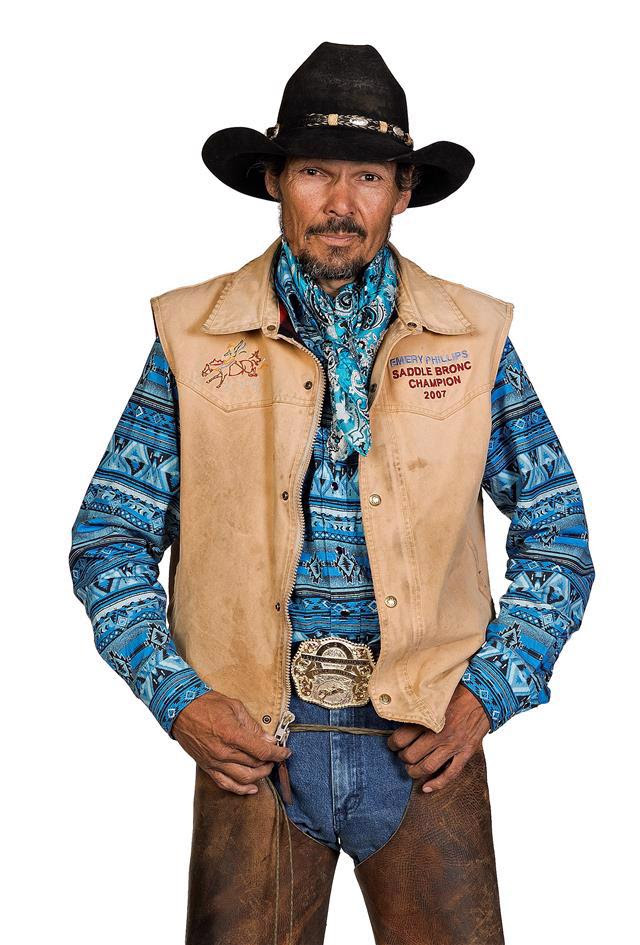 Back in the day, Emery was a champion bronc and bull rider on the rodeo circuit. His skills in the saddle are legendary in the Nemiah Valley – and matched only by his quick wit. But his laid-back attitude should never be mistaken for complacency. Emery’s passion for the Qayus, and the way of life in the Valley, shine through. He’s always happy to pass on his skills and knowledge to those willing to learn and isn’t shy about offering his opinion along the way. When he’s not working with horses, he can often be found out with his buddy Hawk guiding on the trails. 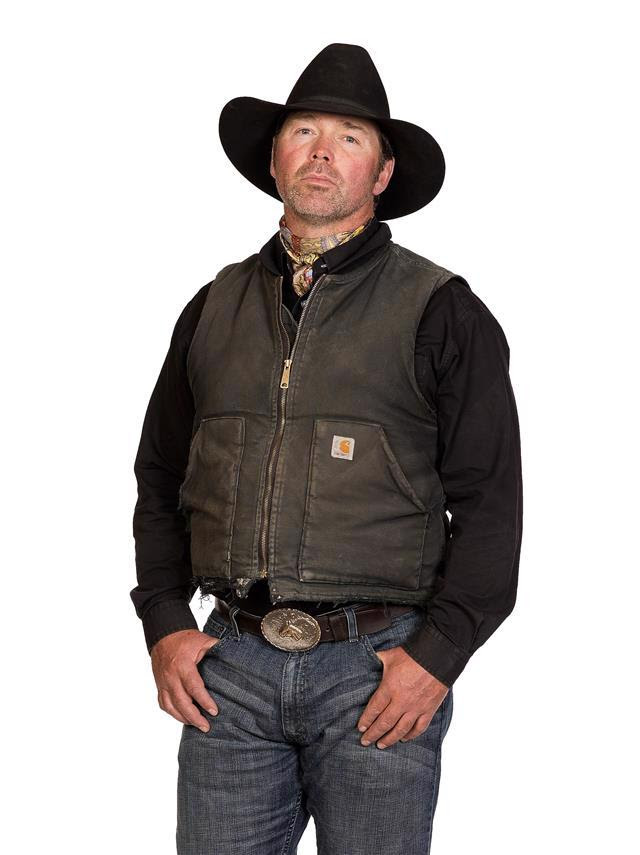 Hawk grew up on a ranch in northern B.C. and came to the Nemiah Valley in the ‘90s – drawn in by the majestic Qayus. No one except for those who grew up in Nemiah has as much experience training these horses. Hawk is a true horse whisperer. His gentle and caring nature allows him to connect with the animals and give them a new lease on life, transforming them from wild studs to trusted workers and companions. It’s a dangerous job, but Hawk’s the man to do it. When he’s not working with the Qayus, Hawk runs his own enterprise as a hunting and trail riding guide for local and international clients. 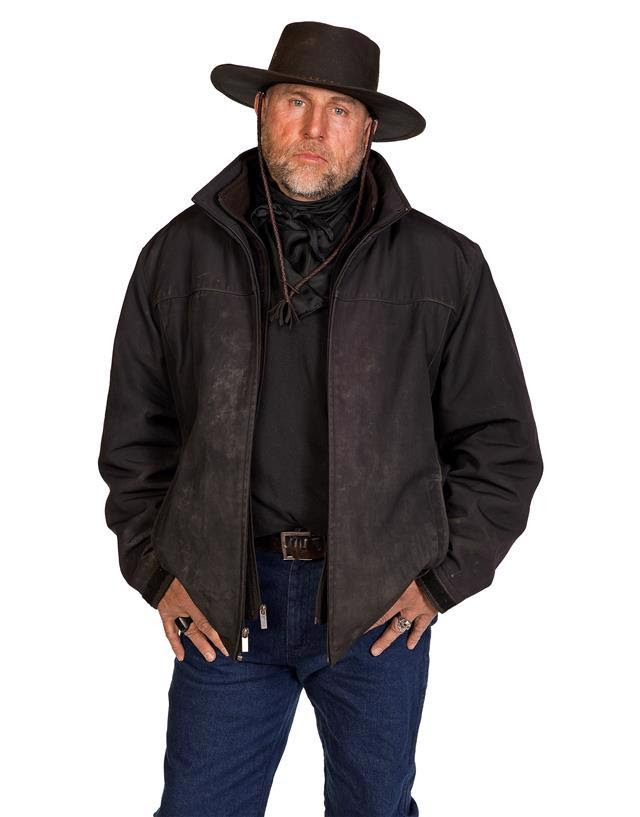 Michael moved his family to the Valley from the United States, where he ran an underwater salvage company after a successful stint with the US Navy. As a greenhorn, he knows he has a lot to learn – but is passionate about making his fledgling ranch a success. His entire family – wife Nicole, and teenaged children Lara and Dylan – have learned to adapt to life in the remote wilderness and thrive on the beauty of nature surrounding them. Michael is the newest member of the team and eager to learn from the best of the best.