On the network front, several more series conclude their current season, while Bless the Harts and The Moodys air their final episodes as both series have been cancelled.  Also, The CW’s new drama Walker premieres in Canada on CTV Drama Channel.

On the specialty & streaming series front, the next 2 weeks see the premiere of 4 new series, the series finale of The Bold Type and the return of Bosch, Central Park, In the Dark, Intelligence, Motherland: Fort Salem, Nurses and The Good Fight.  New series premiering in the next two weeks include AMC’s new comedy Kevin Can F**k Himself, Disney+’s new mystery drama The Mysterious Benedict Society, Netflix’s new romantic comedy Sex/Life and new UK crime drama Code 404.   In addition, Mythic Quest, The Girlfriend Experience and Trying conclude their current season.

Other highlights include the premiere of A&E New 2-part documentary Biography: A Kisstory, which delves into the history of one of the world’s most popular and successful rock bands – KISS.  On the reality front, Food Network competition series Chopped Junior, Top Chef and Project Bakeover conclude their current season.  Also, the 48th Annual Daytime Emmy awards air June 25 and the 2021 BET Awards air June 27.

KEVIN CAN F**K HIMSELF – SERIES PREMIERE (AMC @ 9pm ET)
Allison McRoberts (Annie Murphy), is a woman we all grew up believing we knew: the prototypical Sitcom Wife. She’s beautiful and can take a joke (though she’s usually the butt of them). And she’s married to a guy who must’ve won some sort of marriage lottery, because she looks the way she does and he’s… funny. But what happens when we follow Allison out of her husband’s domain? When she finally wakes up to — and revolts against — the injustices in her life?

CODE 404 – SERIES PREMIERE (Showcase @ 10:30pm ET)
Detective Inspectors Major and Carver are the top crime-fighting duo at the Met Police’s Special Investigation Unit until Major is gunned down on the job; in an experimental artificial intelligence project, Major is brought back from the dead.

WALKER – SERIES PREMIERE (CTV Drama Channel @ 8pm ET) **Canadian Broadcast Premiere**
A reimagining of the long-running series “Walker, Texas Ranger,” “Walker” follows the adventures of Cordell Walker, a widower and father of two with his own moral code, as he returns home to Austin after being under cover for two years, only to discover there’s harder work to be done at home. He must attempt to reconnect with his creative and thoughtful son and his headstrong, somewhat rebellious teenage daughter and navigate clashes with his family — an ADA brother who stepped in during Walker’s absence, his perceptive mother and his traditional rancher father. Walker finds unexpected common ground with his new partner while growing increasingly suspicious about the circumstances surrounding his wife’s death. 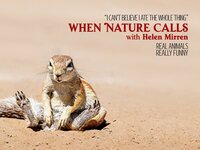 WHEN NATURE CALLS WITH HELEN MIRREN – SERIES PREMIERE (Global and ABC @ 8pm ET)
Helen Mirren narrates a humorous look at the lighter side of the natural world.

THE MYSTERIOUS BENEDICT SOCIETY – SERIES PREMIERE (Disney+)
Four orphans, each possessing a unique skill, are summoned to a boarding school known as The Institute by an eccentric benefactor who wants them to stop a plot that could have consequences on a global level.

SEX/LIFE – SERIES PREMIERE (Netflix)
A woman’s daring sexual past collides with her married-with-kids present when the bad-boy ex she can’t stop fantasizing about crashes back into her life. 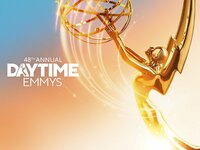 BIOGRAPHY: KISSTORY PART 1 – DOCUMENTARY PREMIERE (A&E @ 9pm ET)
KISS shares their story of success of being the most successful and influential band in the world. 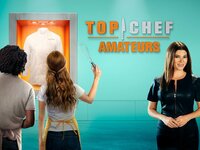