BritBox, the subscription streaming service from BBC Studios and ITV, offering the largest collection of streaming British television in North America, heads into May with the long awaited exclusive North American premiere of police corruption series Line of Duty Season 6. The series stars Vicky McClure (This is England), Adrian Dunbar (Broken) and Martin Compston (Traces) as anti-corruption inspectors, and Kelly Macdonald (The Victim, Boardwalk Empire) who joins the cast this season as guest lead. This newest season is launching just weeks after an incredible record-breaking premiere across the pond where it was the highest rated drama launch since 2013 and received the highest ever overnight rating for a Line of Duty episode. BritBox will also be the exclusive premiere home to all future Line of Duty seasons.

Kicking off the month, the latest installment of BritBox Original thriller Grace: Looking Good Dead, makes its world premiere on the service. Written by Russell Lewis (Endeavour), Grace is based on the bestselling Roy Grace series by one of the UK’s #1 selling authors, Peter James. Starring John Simm (Life on Mars, Trauma) as the troubled but unyielding DS Roy Grace, his character faces a new thrilling case when it is suspected that two deaths are tied to the same serial killer. 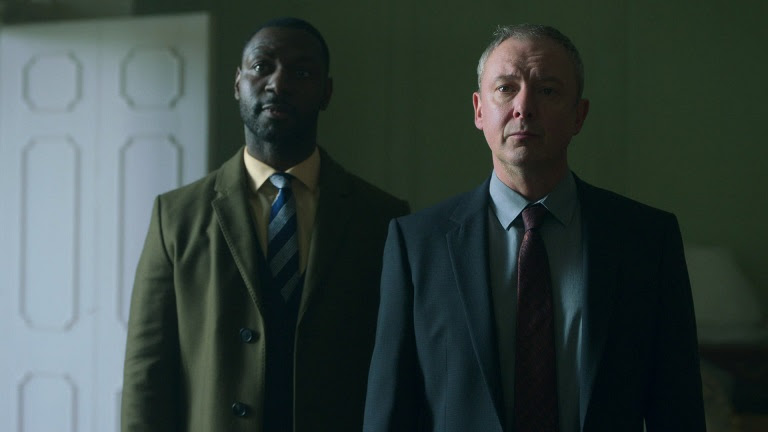 May 4, 2021: Grace: Looking Good Dead | BritBox Original, World Premiere, BritBox Exclusive | 1 X 90
Based on the bestselling Roy Grace series by Peter James and written by Russell Lewis (Endeavour), John Simm (Life on Mars, Trauma) stars in this brand new thriller as the troubled but unyielding DS Roy Grace who has given his life to the job. Grace: Looking Good Dead picks up where the previous release, Dead Simple, leaves off, and DS Grace is faced with a new case when a former school teacher is found dead. When another death occurs, Grace and Detective Sergeant Glenn Branson (Richie Campbell, NW) are drawn into an investigation that will test both their abilities and their friendship. Though each case appears to be an isolated incident, Grace’s instinct leads him to believe both deaths are the work of a twisted, sadistic serial killer who leaves a bizarre calling card at the scene of each crime. However, with his professional stock still low and his credibility in question, Grace’s hardest job might be convincing the ’Upstairs’ that there is a predator who is hunting victims along the South Coast. 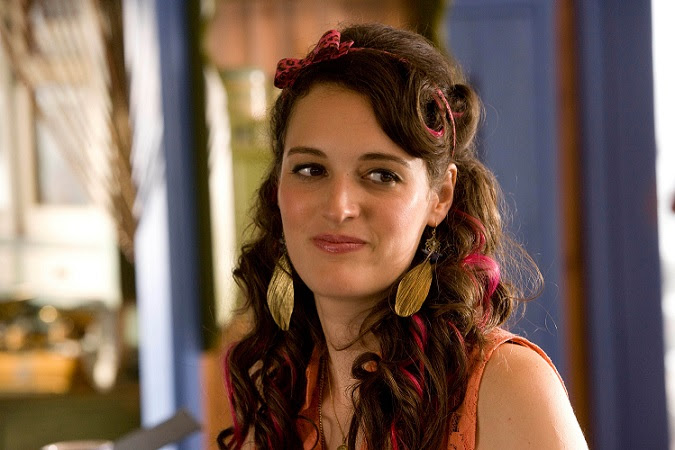 May 7, 2021: The Café | New to BritBox, Exclusive | 14 X 25
Three generations of a family play host to customers at a seafront cafe in this warm and funny comedy series created by talent from the award-winning The Royle Family, directed by BAFTA award winner Craig Cash and featuring award-winning actress Phoebe Waller-Bridge (Fleabag). Sarah’s moved back home from London after having lost her boyfriend and her job, so for now she’s helping out her mum Carol in the cafe. Divorcee Carol owns the place, and her mother Mary, a broad-minded soul in her 70s, is a permanent fixture. With pop-ins including old school friends like Richard, who secretly fancies Sarah and gets wildly jealous of the obvious attraction between her and John, a former classmate who’s returned to the town as a successful businessman, you never know who’s going to show up! 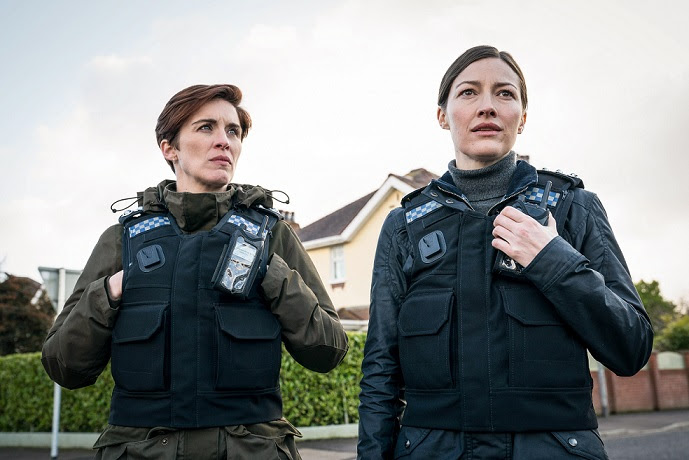 May 18, 2021: Line of Duty S6 | North American Premiere, Exclusive | 7 X 60 | Airs Weekly
Set in the fictional police anti-corruption unit AC-12, Line of Duty is a cat-and-mouse thriller that takes a probing look into modern policing and corruption, and it’s back for season 6. In this latest season, AC-12 face their most enigmatic adversary yet. Detective Chief Inspector Joanna Davidson’s (Kelly Macdonald, The Victim) unconventional conduct in a high-profile murder investigation raises AC-12’s suspicions, as they begin to challenge the facts of the case and question whether Davidson is doing everything in her power to find the perpetrator. 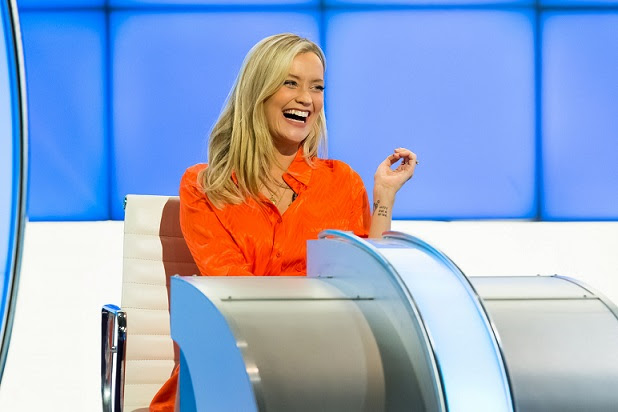 May 21, 2021: Would I Lie to You? S14 | North American Premiere, Exclusive | 12 X 30
Hosted by Rob Brydon (Gavin & Stacey, Cruise of the Gods) with Lee Mack (Not Going Out, The Sketch Show) and David Mitchell (Upstart Crow, Ambassadors) returning as team captains, this popular panel show sees two teams of celebrity panelists fooling each other into believing that what is fake is true and vice versa. Only those with quick wit will survive the interrogation from the other team. 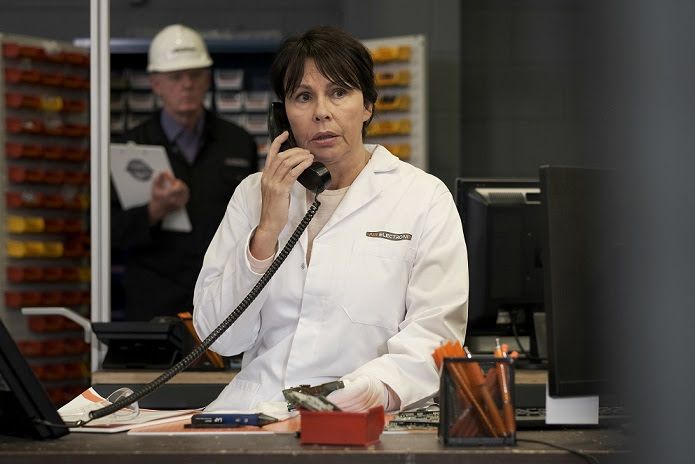 May 25, 2021: Moving On S11-12 | North American Premiere, Exclusive | 10 X 45
Created by Emmy winner and multi BAFTA award-winning writer Jimmy McGovern (Cracker, Hillsborough, The Street), this critically acclaimed anthology show returns featuring performances by a stellar cast. The series explores complex issues all tied to the common theme of characters who reach a turning point in life, and then move on. In Season 11, we see a man rebuild his life after serving time for a crime he didn’t commit, a blind woman experiencing life after regaining her sight, a former rugby legend being blackmailed by his ex-wife, a middle-aged woman prove her worth in her job and a grieving mom befriend a homeless man. In Season 12, we watch a groom’s wedding day as it is thrown into chaos as someone who was thought to be dead returns, a woman battle with the fact that her father had another family, a man turn his life around when gifted a fitness course, a teenager’s promising education and future thrown into jeopardy when she is made homeless and a woman who loses her hearing try to learn sign language. 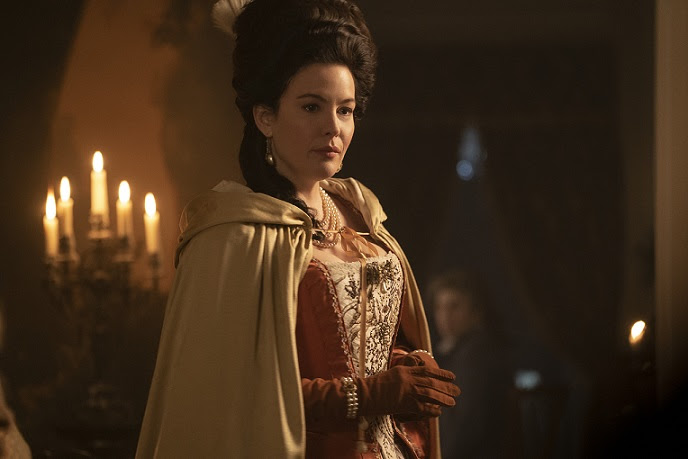 May 28, 2021: Harlots S3 | Canadian SVOD Premiere, Exclusive | 8 X 50
The erotic period drama continues to follow the fortunes of the Wells family in this thrilling third season. Margaret Wells (Samantha Morton, The Walking Dead) has been sent to America in chains and Lydia Quigley (Lesley Manville, Mum, The Crown) is vanquished in Bedlam. With the assistance of Lady Fitz (Liv Tyler, The Lord of the Rings) it seems as though the Wells girls can finally free themselves of their mother’s feud. But Charlotte (Jessica Brown Findlay, Downton Abbey) soon learns that running a lucrative brothel brings enemies as well as friends, including a new face in town, Isaac Pincher (Alfie Allen, Game of Thrones).

BritBox is available for $8.99 per month or $89.99 per year— after an introductory free trial period  —on Roku®, Apple TV 4th Gen, Samsung, LG, Chromecast and all iOS and Android devices, and online at https://www.britbox.com/ca/. BritBox is also available on Amazon Prime Video Channels for Prime members.

Good Girls (NBC) has been cancelled after 4 seasons.

The Moodys (FOX) has been cancelled after 2 seasons.

Manifest (NBC) has been cancelled after 3 seasons.

Lovecraft Country (HBO) has been cancelled after 1 season.

Cursed (Netflix) has been cancelled after 1 season.

Evil (Paramount+) has been renewed for a Third season.

Rutherford Falls (Peacock / Showcase) has been renewed for a Second season.

Country Comfort (Netflix) has been cancelled after 1 season.

The Crew (Netflix) has been cancelled after 1 season.

Mr. Iglesias (Netflix) has been cancelled after 2 seasons.

Made for Love (HBO Max / Amazon Prime Video Canada) has been renewed for a Second season.

The Upshaws (Netflix) has been renewed for a Second season.

Dad Stop Embarrassing Me! (Netflix) has been cancelled after 1 season.

Girls5Eva (Peacock / W Network) has been renewed for a Second season.

Starstruck (HBO Max / Crave) has been renewed for a Second season.