The next 2 weeks see the premiere of only 2 new series, however the following series return with all-new seasons: Black-ish, Corner Gas Animated, Fear The Walking Dead, L.A.’s Finest, PEN15, Star Trek: Discovery, The Conners, The Goldbergs & The Spanish Princess. New series premiering in the next two weeks are Netflix original The Queen’s Gambit and History’s new miniseries Grant.  In addition, Lovecraft Country and The Third Day conclude their current seasons.

Other highlights include the 2020 Billboard Music Awards, which air October 14 as well as the premiere of new docu-series The Con and Supermarket Sweep, a new revival of the popular USA game show.  On the reality front, fan favourites The Amazing Race, The Bachelorette and The Voice return for another season. 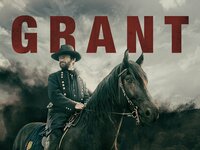 GRANT – 3-PART MINISERIES PREMIERE (History Canada @ 8pm ET)
“Grant” is the remarkable and quintessentially American story of a humble man who overcomes incredible obstacles to rise to the highest ranks of power. With a seamless blend of dramatic scenes, expert commentary and enhanced archival imagery, this three-part miniseries uncovers the true legacy of the unlikely hero who led the nation during its greatest tests, including the Civil War and Reconstruction. Grant reunifies a fractured nation, battles the KKK and emerges as a champion for civil rights and equality for all Americans.

2020 Billboard Music Awards – Awards Show (NBC @ 8pm ET)
Artists come together to receive Billboard’s highest honours based on albums and songs that dominated the charts over the past year, as determined by streams, concert tickets, album sales and more, across music’s most popular genres. Music fan and Grammy Award-winning singer Kelly Clarkson hosts, and A-list celebrities from TV, film and music 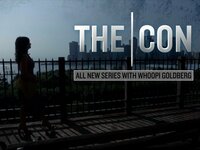 THE CON – DOCUSERIES PREMIERE (ABC @ 10:02pm ET)
Emmy, Grammy, Tony and Oscar winner Whoopi Goldberg narrates this series exploring the troubling tales of people taken in by claims and promises that proved too good to be true, from identity fraud and misleading romance to the high-profile college admission scandal and Fyre Festival.

SUPERMARKET SWEEP – SERIES PREMIERE (CTV and ABC @ 8pm ET)
Emmy Award-nominated actress and comic Leslie Jones serves as host and executive producer for this revival of the classic TV game show “Supermarket Sweep.” The fast-paced and energetic series follows three teams of two as they battle it out using their grocery shopping skills and knowledge of merchandise to win big cash prizes.

THE QUEEN’S GAMBIT – SERIES PREMIERE (Netflix)
In a 1950s orphanage, a young girl reveals an astonishing talent for chess and begins an unlikely journey to stardom while grappling with addiction.

Kim’s Convenience (CBC) will conclude at the end of the current season; Series Finale airs April 13, 2021.

Frankie Drake Mysteries (CBC) has been cancelled after 4 seasons.