The 2020 Edition of our FALL TV PREVIEW section is now available!
Home Canadian Channels CDN Viewer’s WHAT’S ON? for November 8 – 21, 2020

The 2020/2021 TV season kicks off in earnest in the next 2 weeks with the return of 20 series as well as the premiere of 5 new series including the first new network series of the season.  The following series return with new seasons: A Million Little Things, All Rise, Bob Hearts Abishola, Bull, Chicago Fire, Chicago Med, Chicago PD, FBI, FBI: Most Wanted, For Life, Grey’s Anatomy, His Dark Materials, Law & Order: SVU, NCIS, NCIS: Los Angeles, NCIS: New Orleans, Station 19, The Blacklist, The Crown, The Neighborhood and The Unicorn.  New series premiering in the next two weeks include Netflix’s drama The Minions of Midas, FX miniseries A Teacher, Showtime’s new space comedy Moonbase 8, HBO’s new drama Industry and ABC’s new crime drama Big Sky.  In addition, Departure, Jann, Monsterland, Soulmates, The Good Lord Bird and The Right Stuff conclude their current seasons while Supernatural concludes its run after 15 seasons.

Other highlights include the premiere of several new documentary series including Apple TV’s Becoming You, History’s Greatest Mysteries, Inside Pixar & Marvel 616 from Disney+ and Showtime’s The Reagans, a 4-part series that looks back on the life of Ronald & Nancy Reagan.  Also, the 54th Annual CMA Awards air in November 11 and the 46th Annual E! People’s Choice Awards air on November 15. 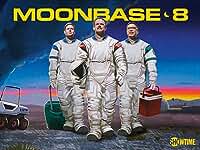 INDUSTRY – SERIES PREMIERE (HBO Canada @ 10pm ET)
A group of young graduates compete for a limited set of permanent positions at a top investment bank in London – but the boundaries between colleague, friend, lover, and enemy soon blur as they immerse themselves in a company culture defined as much by sex, drugs, and ego as it is by deals and dividends. As members of the group rise and fall, they must decide whether life is about more than the bottom line.

A TEACHER – SERIES PREMIERE (FX Canada @ 10pm ET)
A Teacher follows Claire Wilson (Kate Mara), a young teacher at a suburban Texas high school and her student, Eric Walker (Nick Robinson) as they navigate the complexities and consequences of a predatory relationship.

LIFE BELOW ZERO: NEXT GENERATION – SERIES PREMIERE (National Geographic Canada @ 10pm ET)
Individuals who have recently left their traditional lifestyle behind face a challenging new world off the grid in the wilds of Alaska. 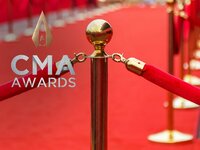 THE REAL HOUSEWIVES OF SALT LAKE CITY – SERIES PREMIERE (Slice @ 10pm ET)
In the majestic mountains of Utah is a hidden social circle made up of successful women who have created their own paradise filled with luxury homes, shopping sprees and multimillion-dollar businesses and brands.

BECOMING YOU – SERIES PREMIERE (Apple TV+)
Olivia Colman narrates “Becoming You”, a global series about child development that explores how the first 2,000 days on Earth shape the rest of our lives. Told through the eyes of over 100 children across the world, from Nepal to Japan and Borneo, each episode offers a thought-provoking look at how children learn to think, speak and move, from birth to age 5.

INSIDE PIXAR – SERIES PREMIERE (Disney+)
Documentary series of personal and cinematic stories that provide an inside look into the people, artistry, and culture of Pixar Animation Studios.

THE MINIONS OF MIDAS – LIMITED SERIES PREMIERE (Netflix)
A millionaire publisher gets a blackmail note — his decision can mean life or death. Inspired by a Jack London story but set in contemporary Madrid. 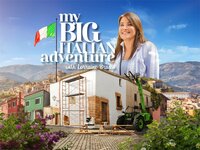 MY BIG ITALIAN ADVENTURE – SERIES PREMIERE (HGTV Canada @ 8pm ET)
Actress Lorraine Bracco (The Sopranos) heads to Sambuca di Sicilia, Italy, to buy a 200-year-old home for just one euro! It lacks basic necessities and is full of structural issues, so she works with her contractor to transform the property into her dream vacation home.

HISTORY’S GREATEST MYSTERIES – SERIES PREMIERE (History Canada @ 9pm ET)
A series of investigative specials that take the world’s most well-known mysteries, and challenges everything we know about them. Narrated and hosted by Laurence Fishburne, the franchise will delve into a wide array of some of the most historically important mysteries of recent times: what was the true reason the Titanic sank? Where did D.B. Cooper disappear to? Did John Wilkes Booth live? Using fresh, new evidence and perspectives, including never-before-seen diaries and advanced DNA testing,

THE REAGANS – DOCUMENTARY PREMIERE (Crave 1 @ 8pm ET)
An eye-opening four-part series reexamining one of the most powerful and polarizing political couples of our time. Award winning documentarian and journalist Matt Tyrnauer combines archival footage, exhaustive research and first-person accounts from the couple’s inner circle to craft a revealing portrait of their unlikely rise from Hollywood to the presidency – and Nancy Reagan’s powerful position at the helm of their unprecedented partnership. 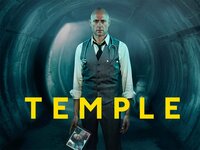 TEMPLE – SERIES PREMIERE (Showcase @ 9pm ET)
A surgeon sets up an illicit clinic in the tunnels below the Temple tube station to find a cure for his ill wife, but he must fund his operation by treating criminals and other desperate patients who cannot seek help from regular medical facilities.

BIG SKY – SERIES PREMIERE (CTV and ABC @ 10pm ET)
Storyteller David E. Kelly (“Big Little Lies”) presents a series about private detectives Cassie Dewell and Cody Hoyt, who join forces with Cody’s estranged wife and ex-cop, Jenny Hoyt, to search for two sisters who have been kidnapped by a truck driver on a remote highway in Montana. When they discover that these are not the only girls who have disappeared in the area, they must race against the clock to stop the killer before another woman is taken.

MARVEL’s 616 – SERIES PREMIERE (Disney+)
“Marvel’s 616” explores Marvel’s rich legacy of pioneering characters, creators and storytelling to reflect the world outside your window. Each documentary, helmed by a unique filmmaker, showcases the intersections of storytelling, pop culture, and fandom within the Marvel Universe.