CTV News’ Lisa LaFlamme Sits Down for A CONVERSATION WITH ALEX TREBEK, an Exclusive One-Hour Interview Special, December 18 at 10 p.m. ET on CTV

CTV today announced broadcast details for the exclusive one-hour interview special A CONVERSATION WITH ALEX TREBEK, airing Wednesday, Dec. 18 at 10 p.m. ET on CTV and everywhere CTV content can be found. The Canadian icon and longtime JEOPARDY! host opens up to CTV News’ Chief News Anchor and Senior Editor Lisa LaFlamme to discuss his battle with Stage 4 pancreatic cancer, the effects of his chemotherapy treatment, his future on JEOPARDY!, his philanthropic contributions throughout his lifetime, his family life, and his legacy.

The hour-long special is an extended, in-depth interview presented from Trebek’s alma mater, the University of Ottawa, parts of which were featured on CTV NATIONAL NEWS WITH LISA LAFLAMME and CTV’s W5 in October 2019. 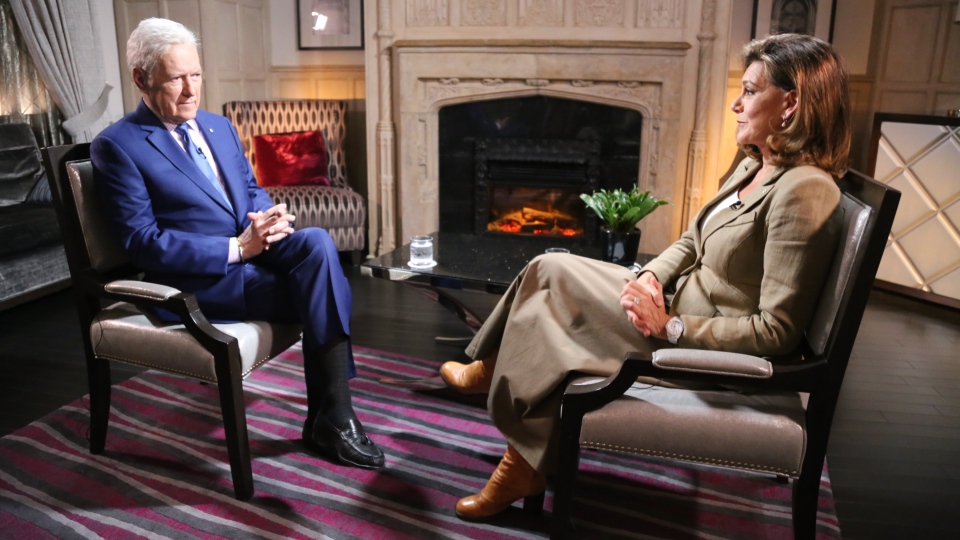 Trebek was recently announced as the recipient of the Academy Icon Award from the Academy of Canadian Cinema and Television for his exceptional ongoing contributions to the media industry. He will be presented with the award during Canadian Screen Week in March 2020.

Born in Sudbury, Ont., Trebek has been the host of JEOPARDY! since the syndicated debut of the famed quiz show in 1984. He has won six Daytime Emmy® awards for Outstanding Game Show host and a Lifetime Achievement Award from the National Academy of Television Arts and Sciences. He has also been honoured with a Guinness World Records® record for Most Game Show Episodes Hosted by the Same Presenter. He has hosted more than 8,000 episodes of JEOPARDY! (and counting).