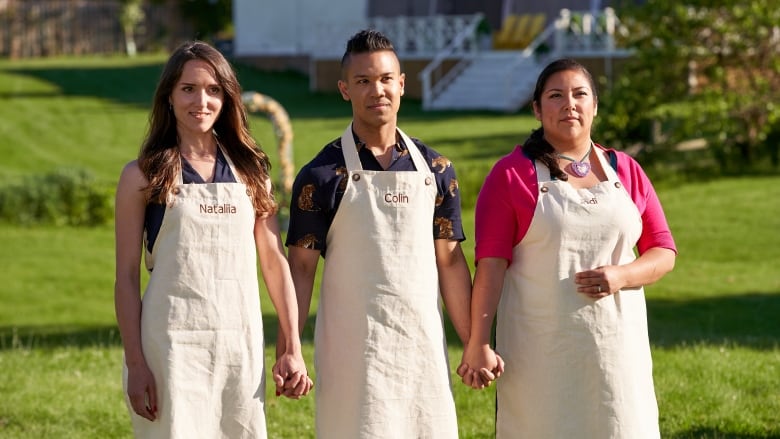 The finale saw the three bakers return to the tent for one final showdown. For the Signature Bake, they put their own spin on a Fraisier, a French entremet celebrating the strawberry. The Technical Challenge saw them try their hand at creating a Marjolaine, a delicate dessert held up by four thin layers of hazelnut meringue, pastry cream, buttercream and ganache. The final Showstopper of the season pushed their creativity to the limit with a Pièce Montée, an edible sculpture replicating a landmark they know and love using cake, pastry, and dough, and elaborately decorated with sugar work, chocolate and confectionary.

Growing up in Ukraine, baking was a staple in Shevchenko’s household. She earned the title of Star Baker a record-breaking three times throughout the course of Season 3, during Cake Week, Biscuits Week and Pie Week. Memorable bakes included a Provincial Flag Cake for Cake Week, her Beet & Dill Crispy Twists for Biscuits Week and her Face in the Mirror Pie for Pie Week. Shevchenko wowed the judges in the final episode with her Matcha Madness Frasier and Motherland Monument Pièce Montée.